After a night of partying and celebrating their union with close family members for the whole day at an exquisite venue, Kourtney Kardashian and Travis Barker are seen out together for the first time. The married couple chose the medieval Castello Brown castle in Portofino last weekend for their third time tying the knot. 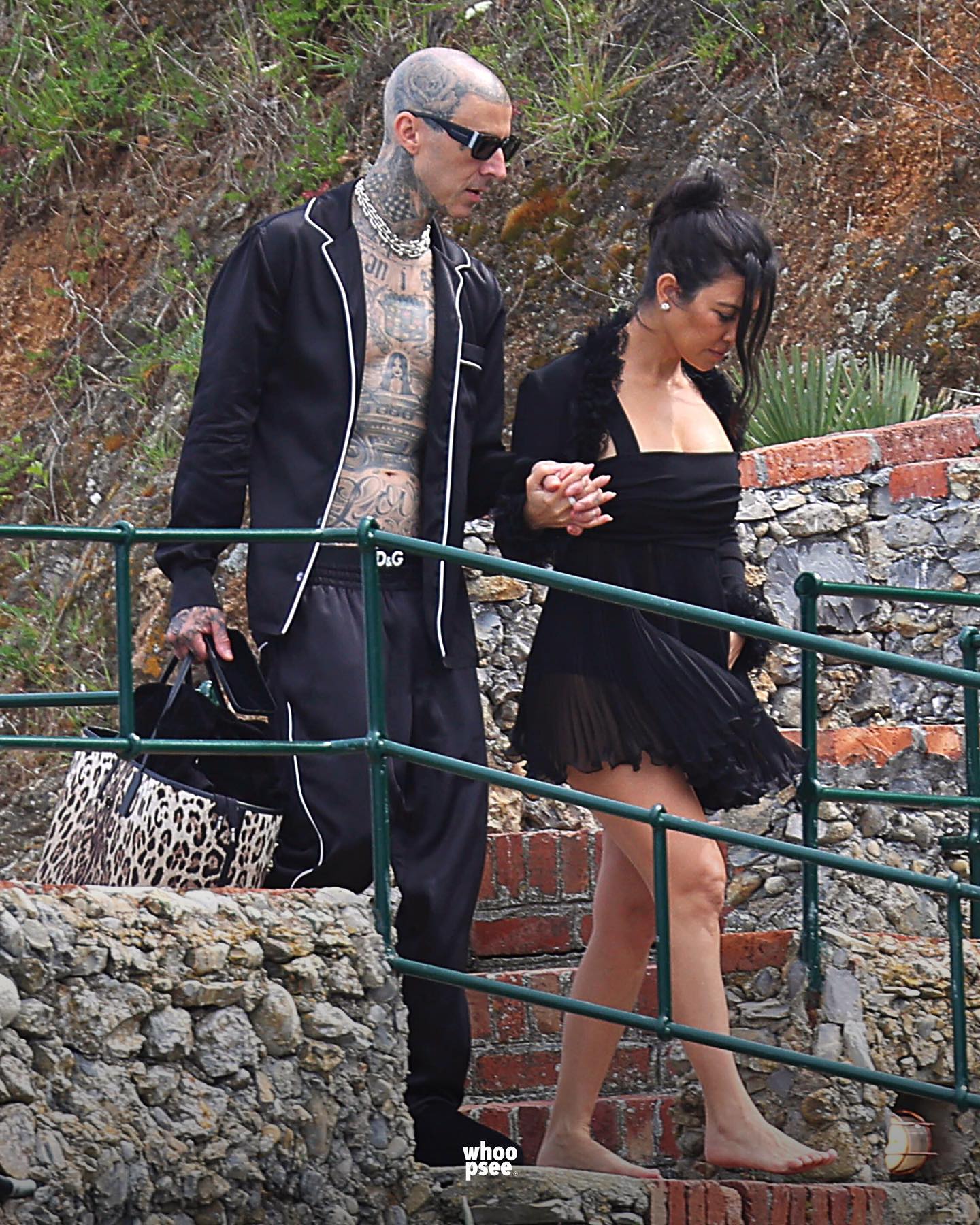 On Monday morning, the 43-year-old was seen cuddling, swimming, and spending a lot of time with her Blink-182 drummer husband and his children.Travis, 46, was also seen leaping into the seas with his wife and at other times, was seen accompanying Reign, Kourtney’s youngest, swimming with a life vest on. 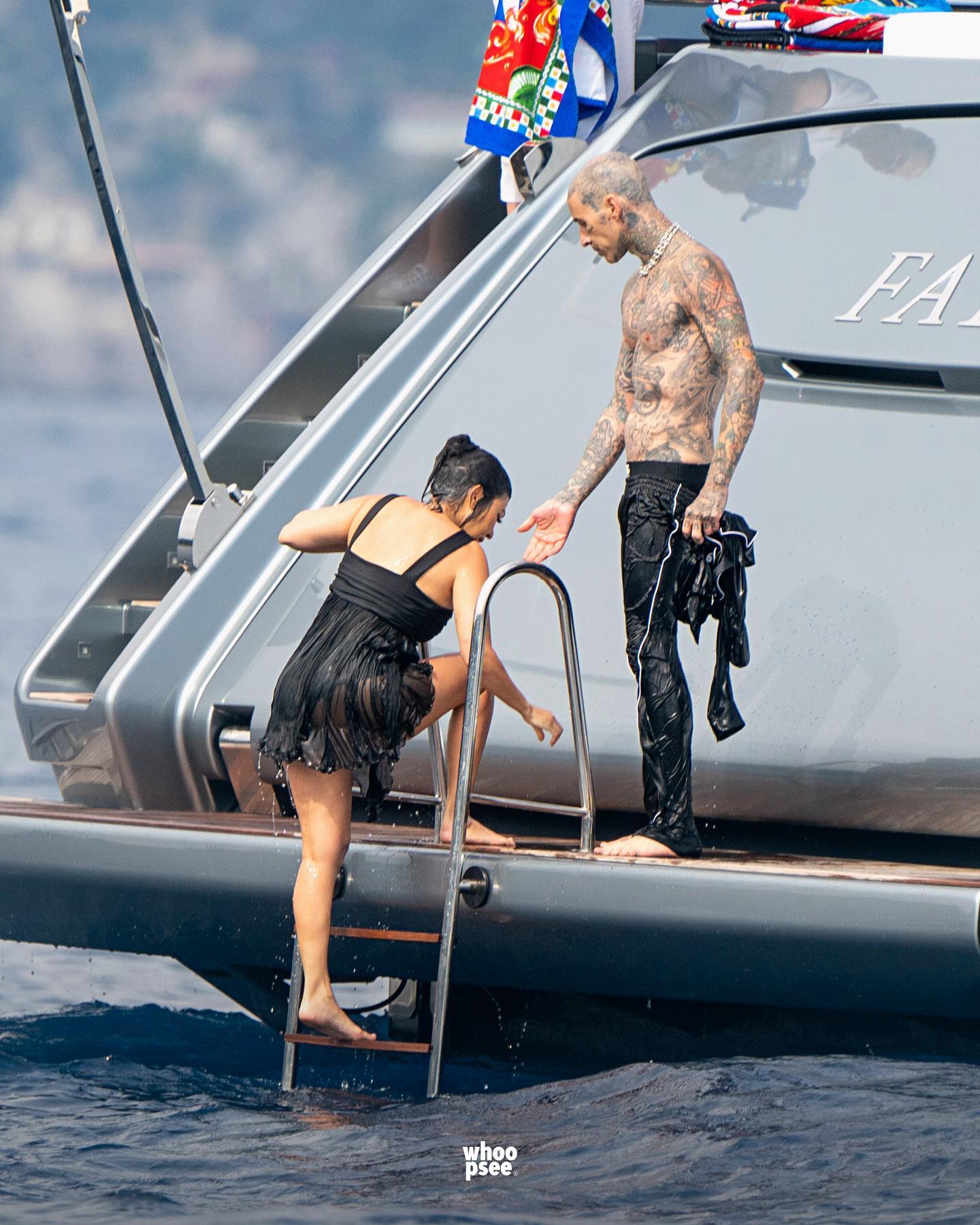 Kourtney wore a loose black minidress as she jumped excitedly into the water. The silver cruise they had fun on was the $10million 110′ Dolcevita. The couple looked energetic after a whole night of partying and dancing. 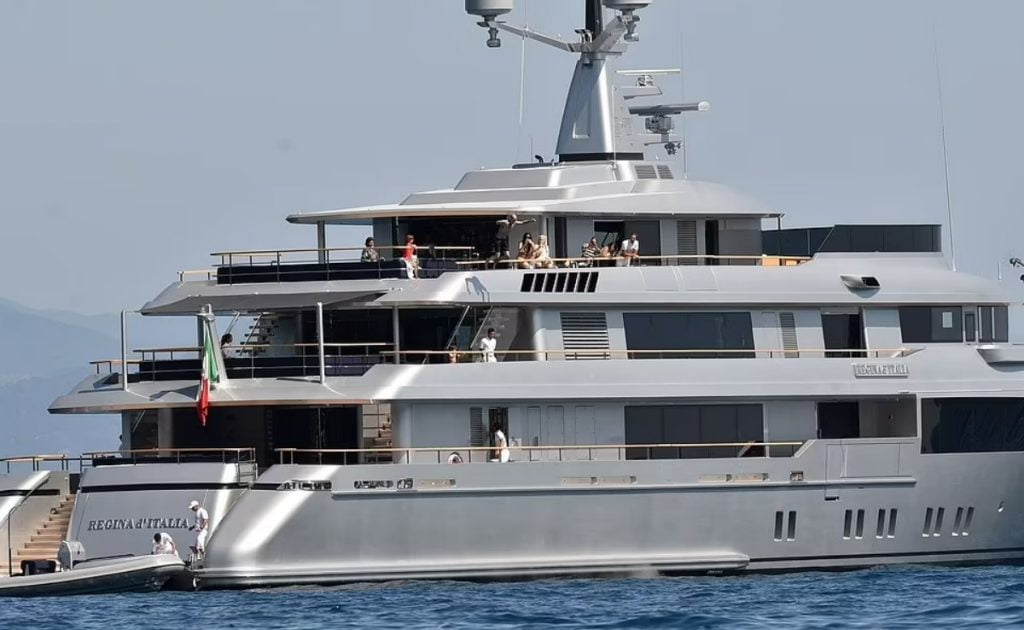 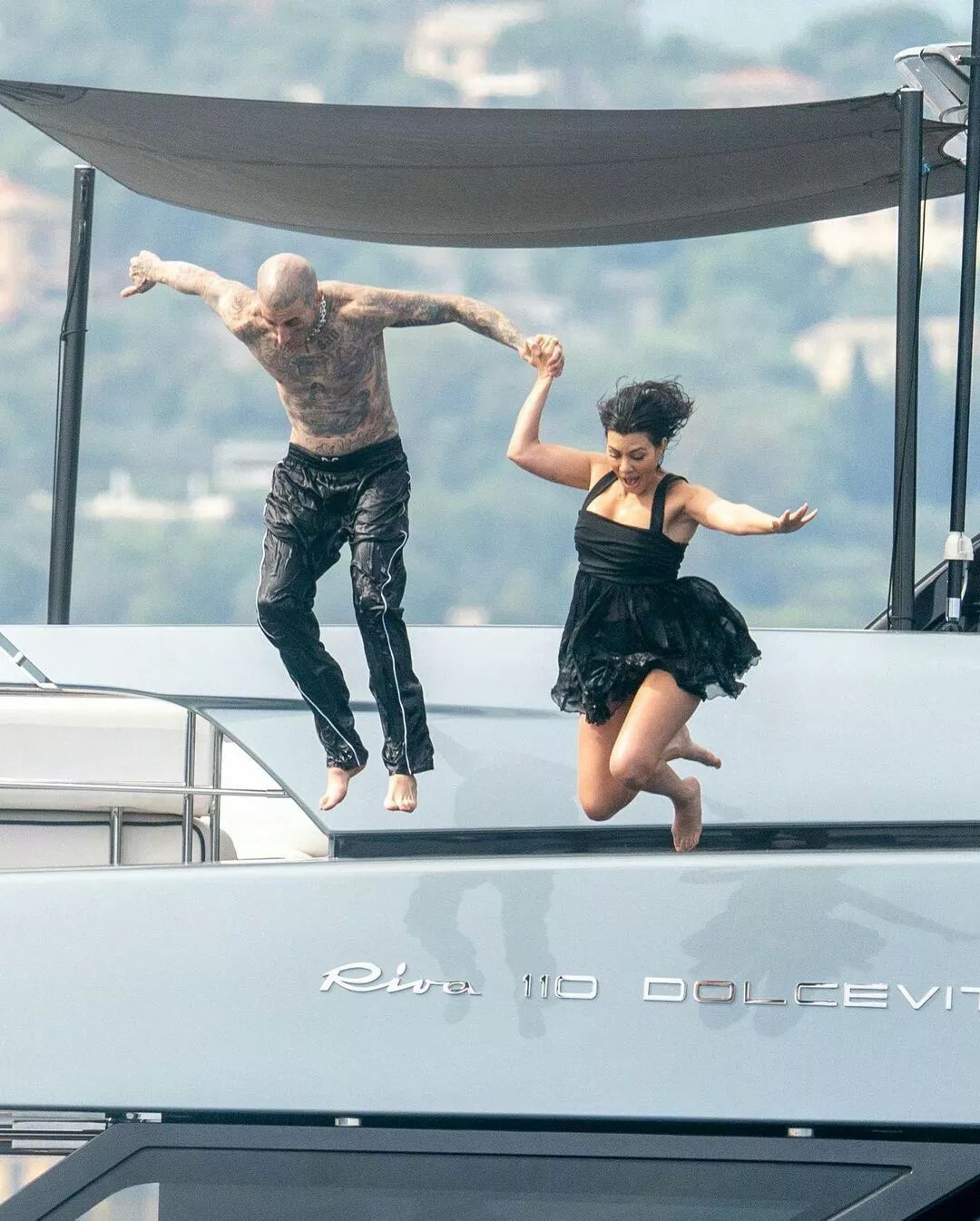 Travis also held her hands tight as they walked around the water. 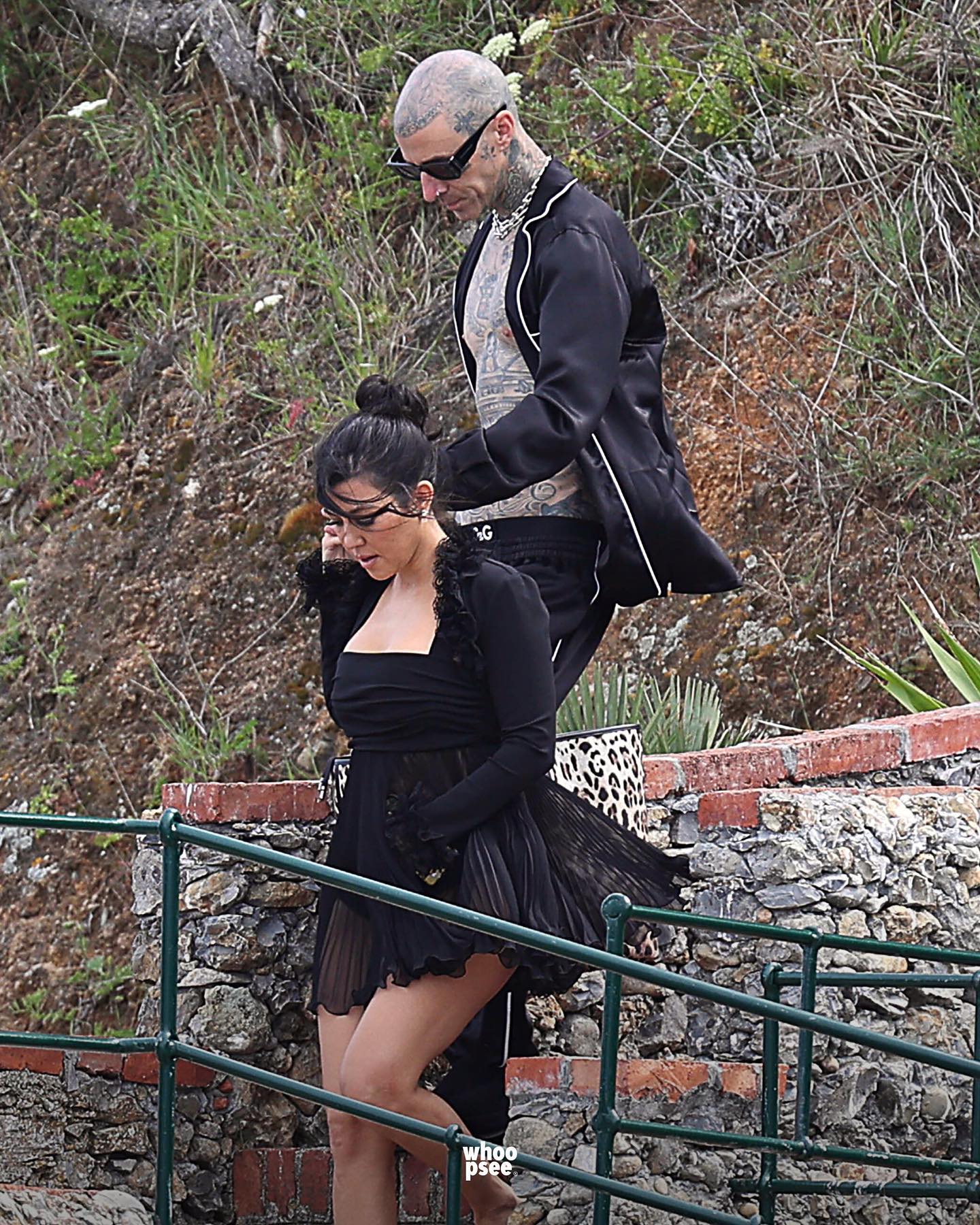 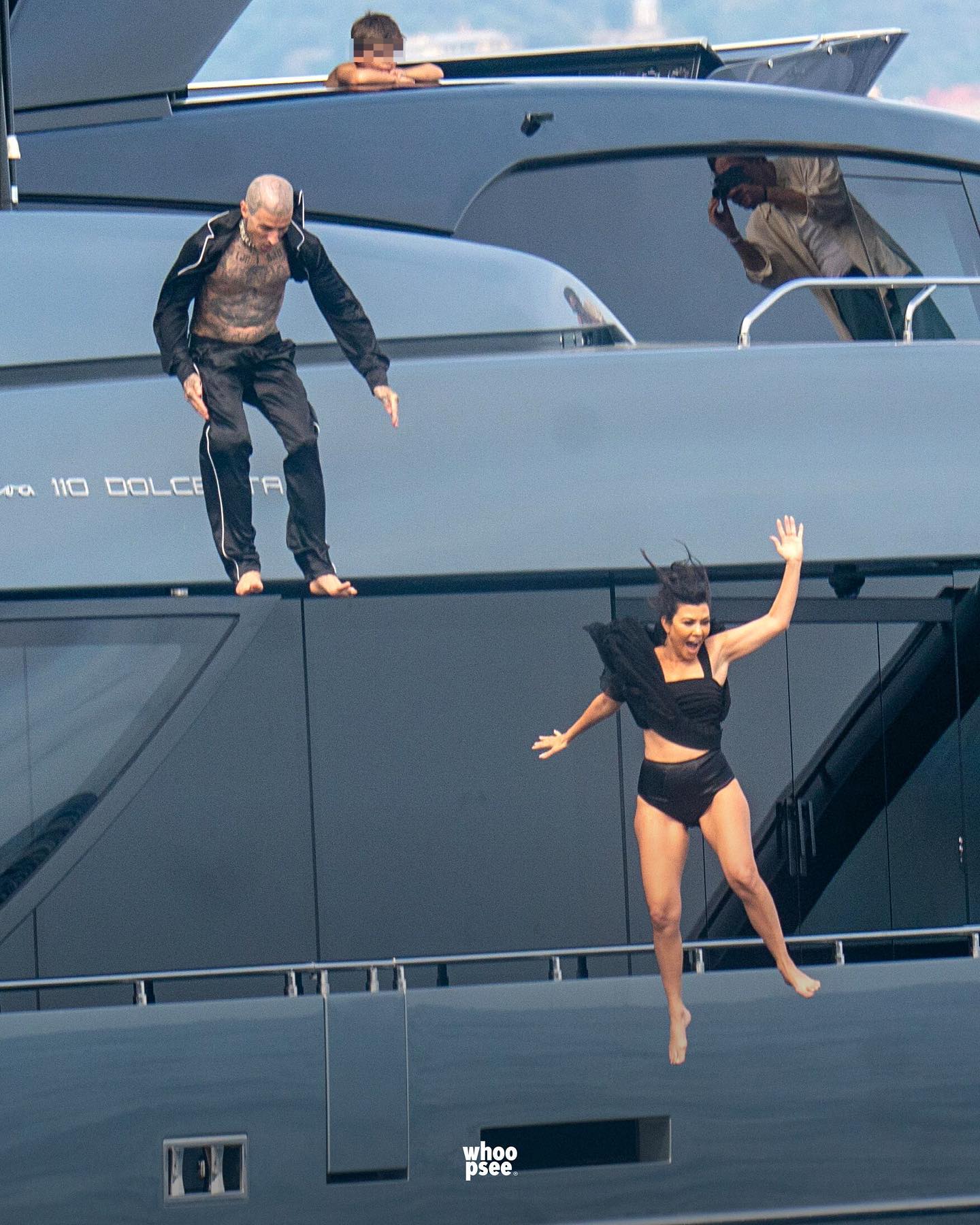 The husband looked ready for the boat trip as he was clothed in his leisure look, baring his chest that revealed his tattoos. 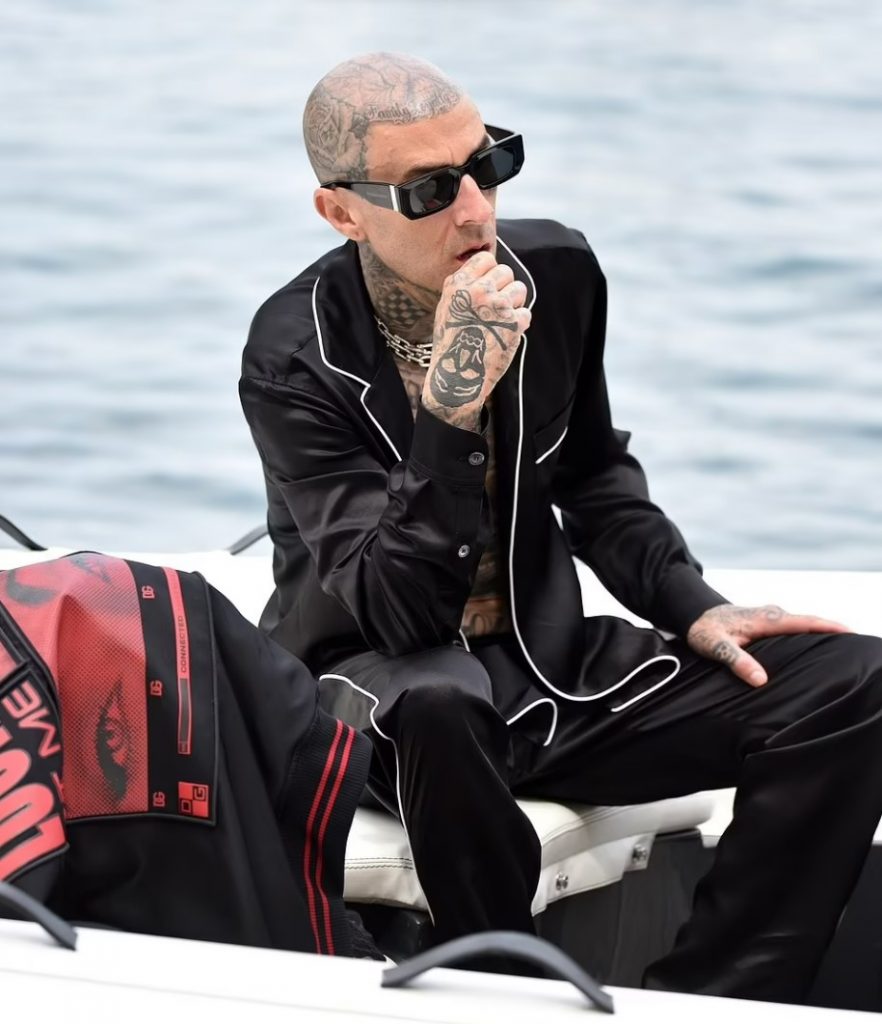 Meanwhile, Kourtney relaxed immediately on the boat as she took her shoes off. The couple and their children were onboard as they headed for the cruise. 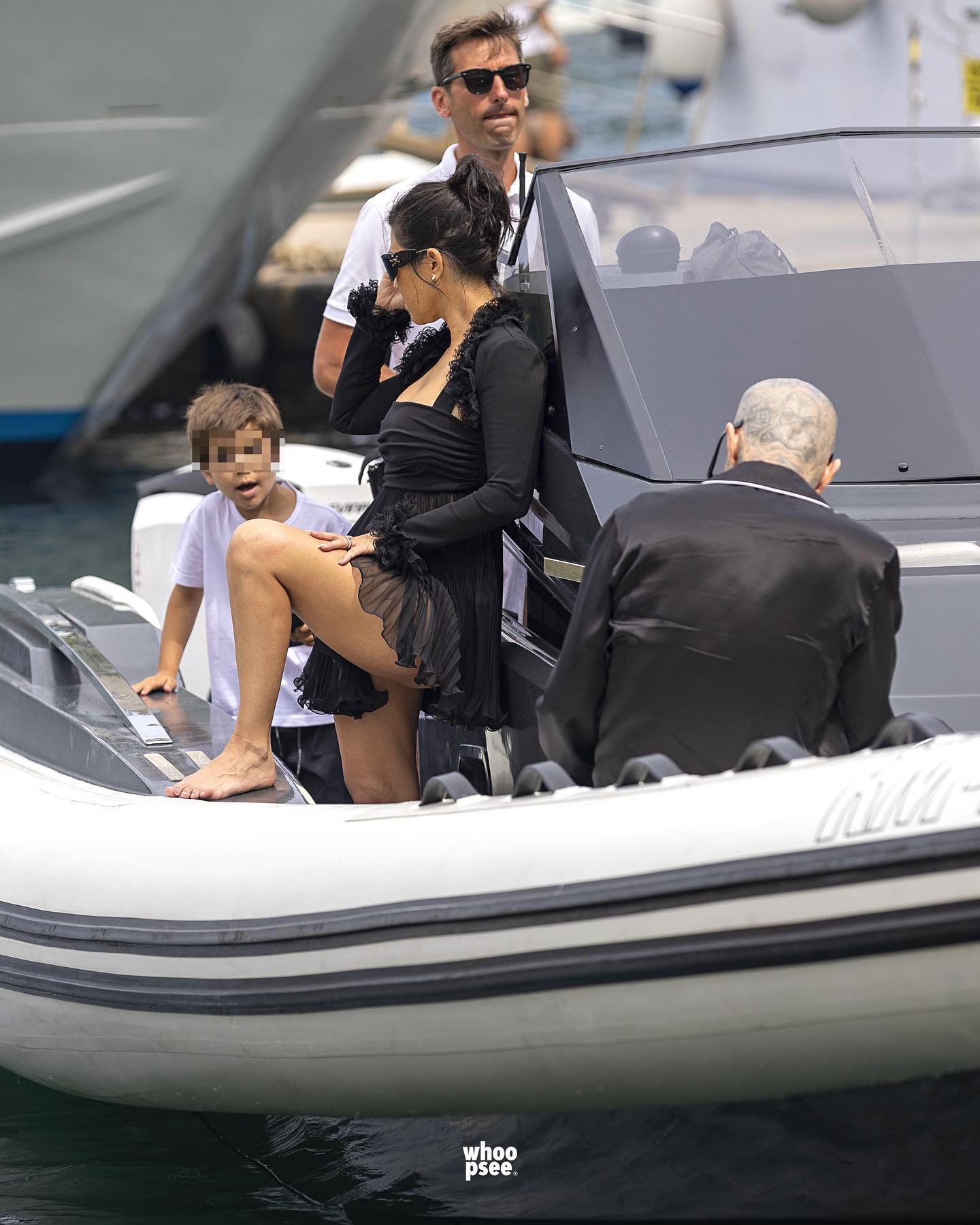 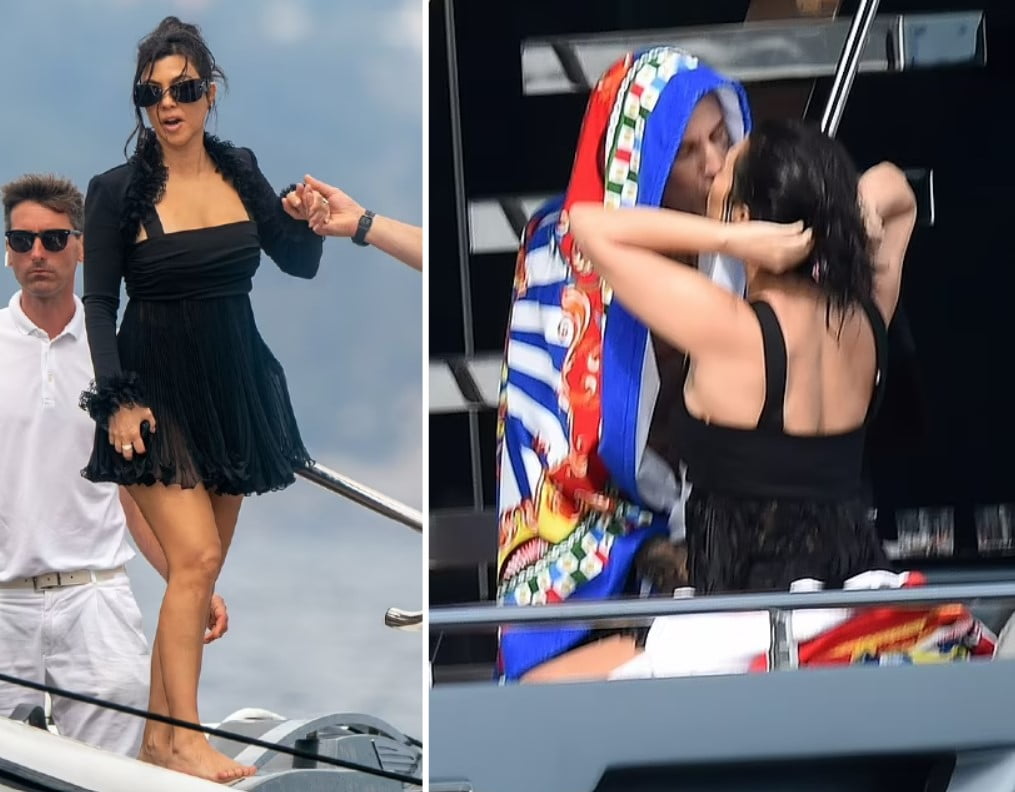 Travis also accompanied Reign who tried jumping into the water. 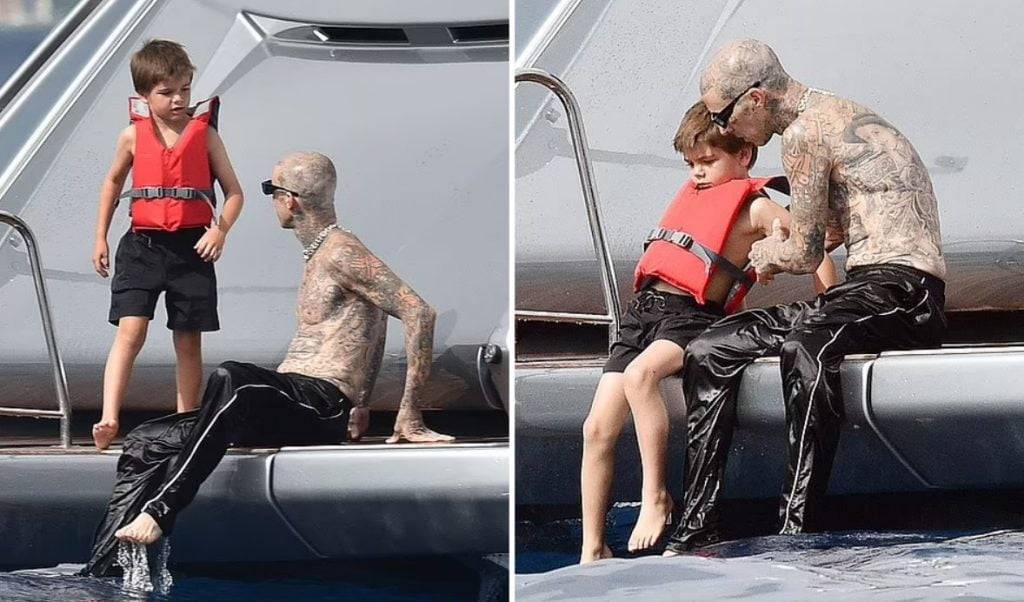 Atiana was also spotted relaxing under the sun with her family on the cruise. 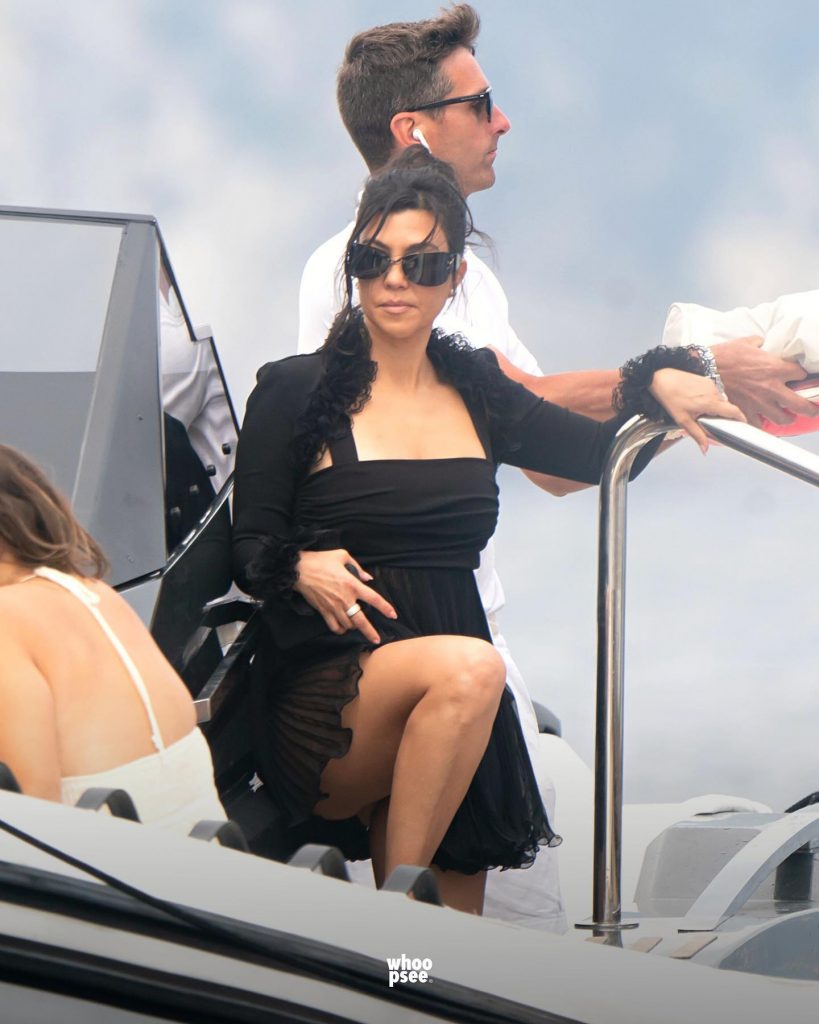 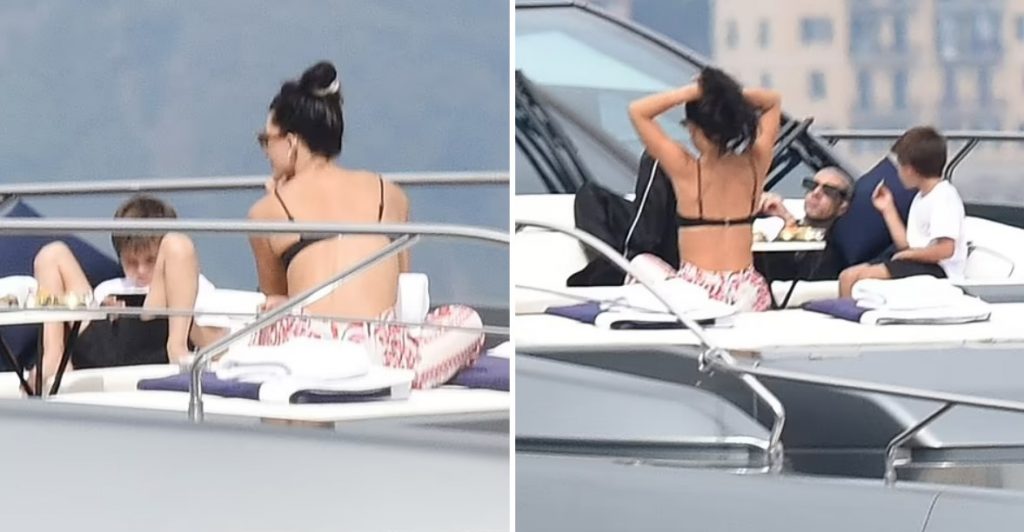 Kim and Khloe Kardashian were seen leaving the Italian village of Portofino on Monday after witnessing Kourtney’s wedding last night.