Jada Travis from North Carolina made her voice heard on the matter of armpit hair. And the southern woman sure wasn’t going to let anyone change her mind to do what she wanted. The 24-year-old sent a shock around TikTok with her hilarious clip. She spoke with one arm lifted, “I want to talk about my armpit hair today.” 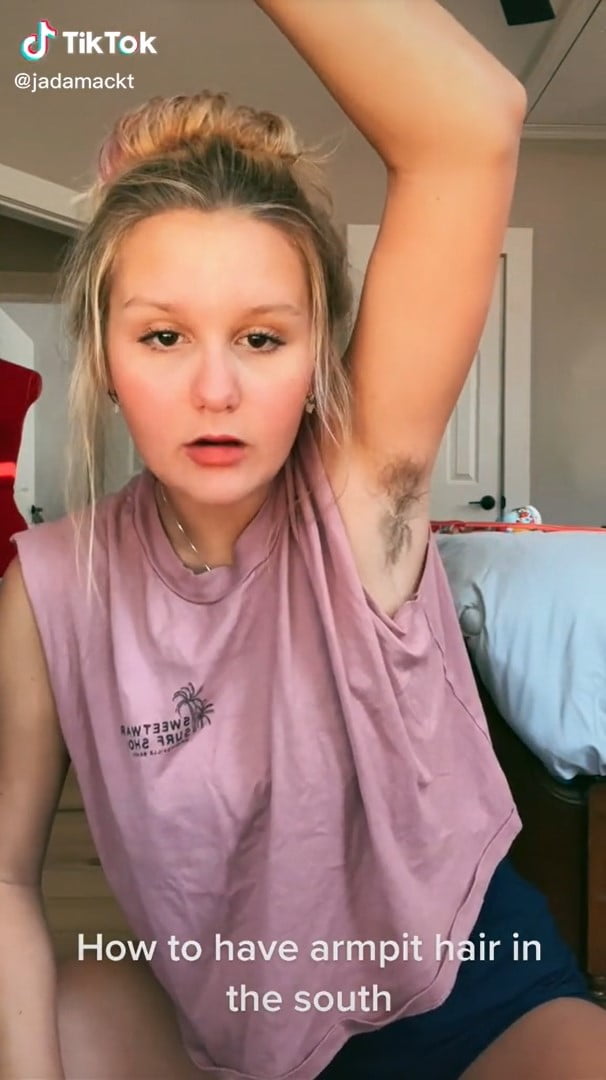 Jada had an expressionless face as she began her speech, “And I’m going to send this video to every single person that constantly talks about it. I have not shaved my armpits in three years. That’s a long time, and I’m ready to talk about why.” She began with a demonstration and opened a book where she drew earth with circles. Jada spoke, “This is us. We’re on a floating rock.”

“We literally just go like this with all the other floating rocks all year long,” she continued while aggressively drawing circles to illustrate the earth’s rotation. She continued, “And I live in the South, and it’s a very interesting place.” 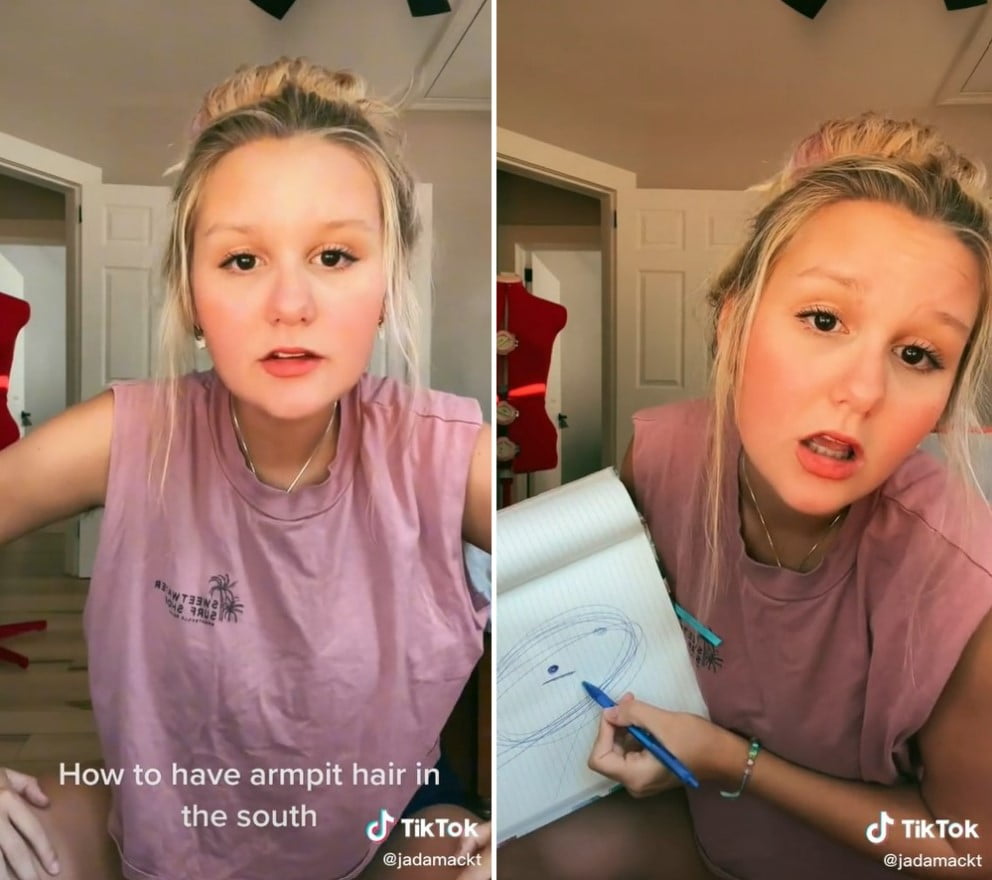 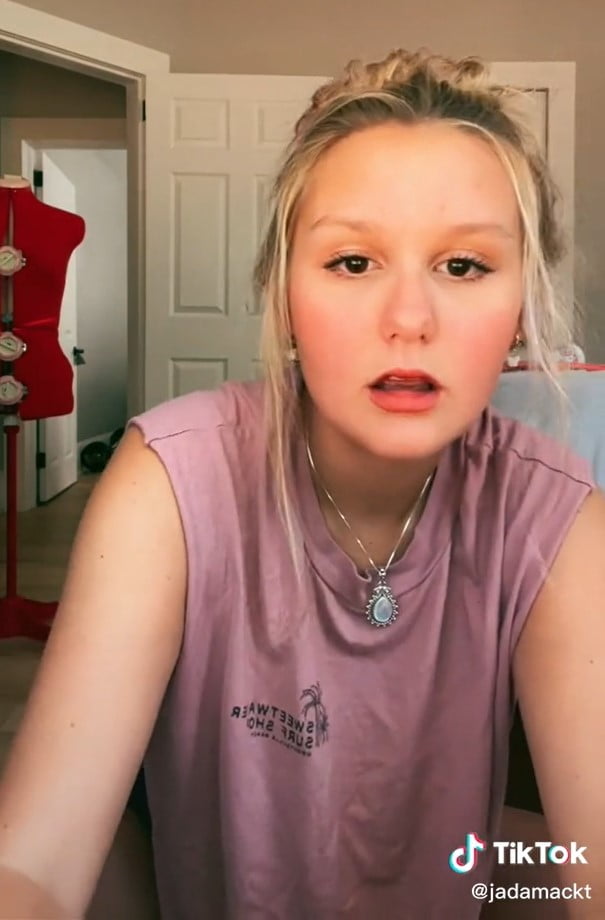 “It’s a place where people don’t always have their teeth, but they really value razors apparently,” she sent another one-liner. Then she told a story about when she went to a “cowboy county,” which was just like when she’s at the “Dollar General Store.” She ranted, “I lift up my arm to pay; it’s like the whole place is like, ‘Oh my god!’”

“And y’all don’t even have teeth. Why are you worried about using a razor? No offense – if you don’t have teeth, that’s OK. But you shouldn’t be crappy about somebody’s armpit hair,” she hilariously continued. She added another reason: her armpit bent like 80% of the time, and the “hair is going to grow back three hours later and scratch.”

It’s like “creating sandpaper,” and nobody likes that. She continued, “If you wanna shave your armpits, I don’t give a crap. But I don’t wanna shave mine. I shaved mine for like 10 years straight. Every single day, and it just don’t matter.”“We’re on a floatin’ rock. So, floating rock, nothing matters, do what you want. Have your armpit hair — I don’t care.”

She side-noted that she loves shaving her legs because she likes how it feels. But that’s it. 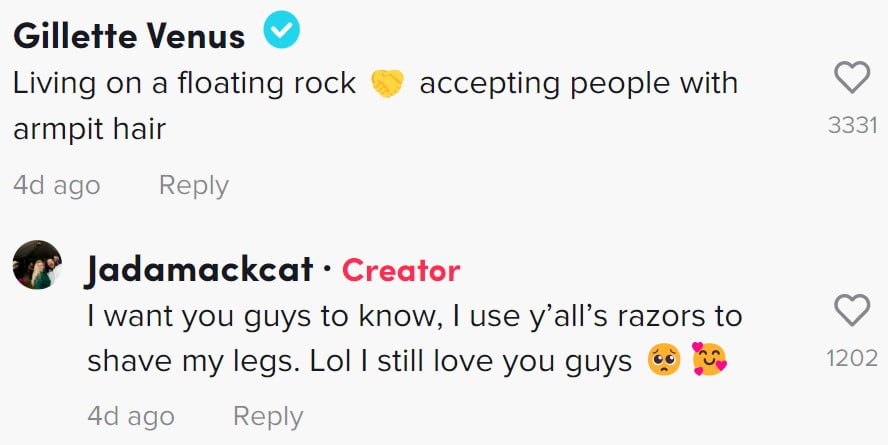 Jada Travis for President? She does have a lot of followers ready to support her anytime! 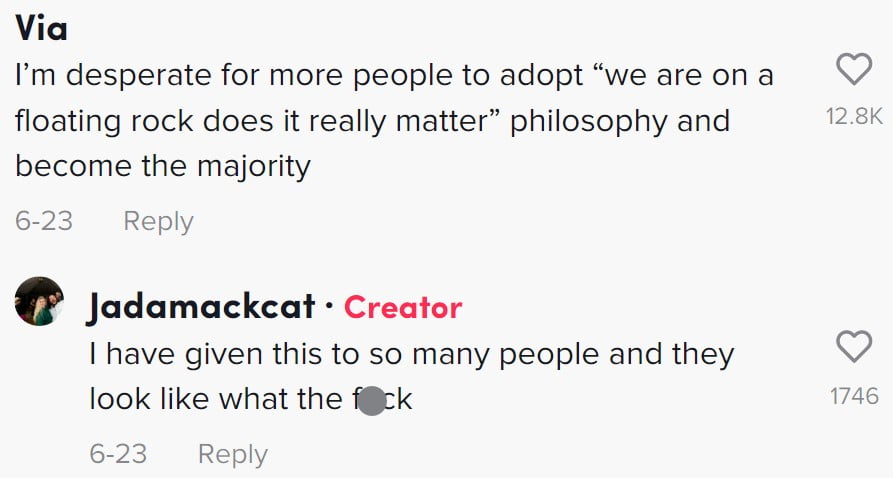